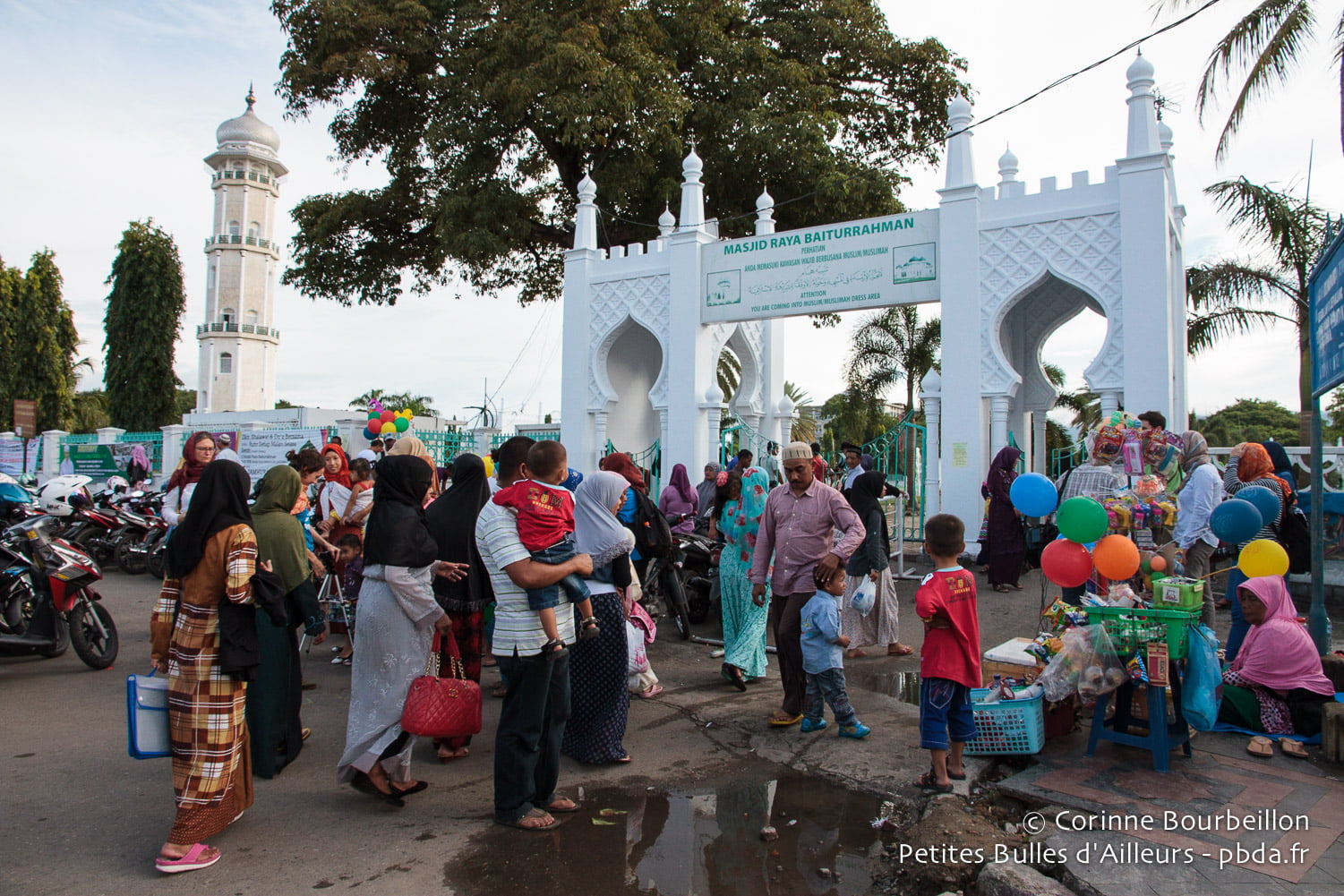 Atmosphere in front of the Baiturrahman mosque in Banda Aceh, after the late afternoon prayer. Sumatra, Indonesia, December 2014.

Back to Indonesia ten years after the tsunami

In this month of December, I returned to Indonesia. Not to dive this time. I was reporting on the 10th anniversary of the deadly tsunami of December 26, 2004.

It was a press trip organized by the NGO International Plan. Together with other journalists, I was able to spend four days in the province of Aceh, in northwest Sumatra, where we met survivors of the tsunami of 26 December 2004.

The disaster left more than 230,000 people dead in several South Asian countries, from Thailand to Sri Lanka. The Indonesian province of Aceh was the worst affected, with more than 167,000 victims.

These four days have been dense, intense and exciting. Upon my return, I published a series of articles for my duck, based on the testimonials and stories collected. You can find them by clicking on the links below :

→ Feature: in Indonesia, 10 years after the tsunami (in the digital evening editionDecember 15, 2014)
• Banda Aceh, the metamorphosed city
- "I saw the black wave, and I ran."
• Tourists discover places of tragedy

→ At the tsunami children's school (in Sunday West-FranceDecember 21, 2014)

→ Ten years after the tsunami, Banda Aceh has recovered (in Ouest-FranceDecember 22, 2014)

→ Rahmat, modest hero of the tsunami in Indonesia (in Ouest-FranceDecember 26, 2014)

Before this professional trip, I had already been to Aceh twice, but as a tourist, so to dive in Pulau Weh, the small island in front of the city of Banda Aceh, in July 2010 and in may 2014. The seabed is beautiful, the island is peaceful.

I had only crossed Banda Aceh, to immediately take a ferry, without seeing much of the city itself or its surroundings. This time, I was able to visit the Great Mosque, discover the places of memory of the tsunami and meet many people who agreed to tell me their story, ten years after the disaster, with patience and dignity that have impressed. (To read through the links above, so.)