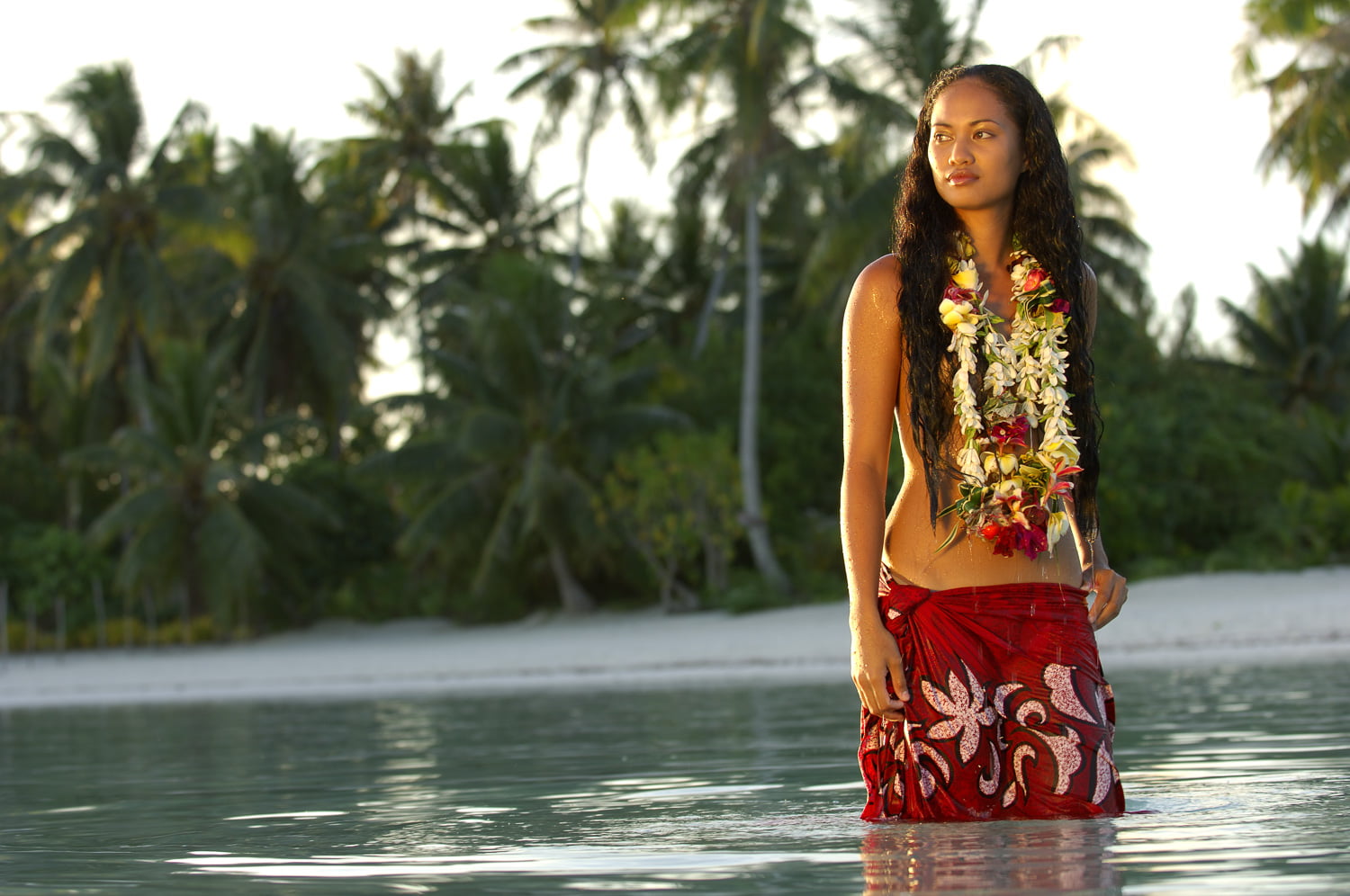 These words are already a journey. Before discover Polynesia in 2012, I thought it was mostly folklore for tourists in search of exoticism. Not at all. These are really strong cultural symbols, rooted in the everyday life of Polynesians.

The Tahiti tiareit's the emblem of French Polynesia! Both men and women wear the flower in their ears (as a button for the former, as a corolla for the latter) and we get into the habit of doing the same, during a stay in Tahiti and its islands. It's quite normal! It smells wonderful and the perfume of the flower necklace that is passed around your neck upon arrival is unforgettable. Good to know: the flower in your left ear means that your heart is already taken, in your right ear that you are available?

Monoi and its sweet fragrance

I did not know, before bringing back a bottle to my home in Brittany, that this sweet-scented oil froze below twenty degrees ... But it's enough to pass under hot water so that it becomes liquid again and it has no effect on its preservation. Monoi is obtained by maceration of tiare flowers in refined coconut oil (coconut). It should not be put before sun exposure, but instead use it after, as do the Polynesian women, to moisturize the skin and nourish the hair.

I do not think I crossed a Polynesian without tattoos, during my trip there in 2012 ! Banished by the Western missionaries who landed in the Pacific at the end of the 18th century, a little "forgotten" until recently, the tatau is now again very popular. This tradition once had a sacred and social dimension, it was a sign of prestige - warriors and chiefs sporting the most elaborate. Today, Polynesian tattoos are really a symbol of identity.

This brightly coloured piece of cloth is worn as a loincloth by men and knotted in a thousand clever ways by women. Indispensable! In the islands, the pareo is the perfect beachwear, adopted by tourists from all over the world. I always have several with me on holiday. It remains the emblem of the wahine, the Polynesian woman, and it is often found in the paintings of Paul Gauguin.