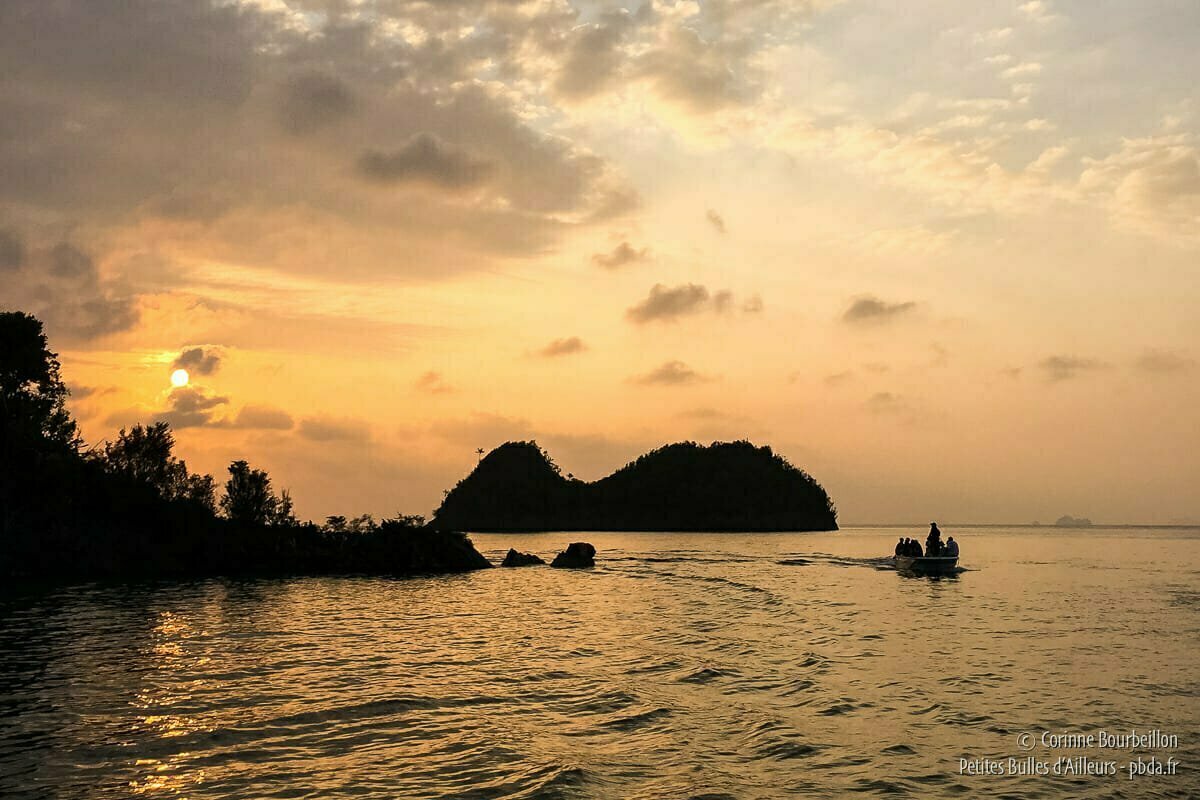 A drone over Raja Ampat (Indonesia), it gives stunning images! Small video in the south of Misool island, in the middle of cliffs which plunge in the turquoise water...

At the beginning of November 2015, I was (again) in Indonesia. ???? I boarded the WaowA magnificent three-masted ship dedicated to scuba diving, for a liveaboard from Ambon (Central Moluccas) to Sorong (West Papua). All my articles about this trip can be found at the end of the link below :

Steffan Kilby, the videographer of the Waow...doesn't just make movies underwater. He also has a drone. The device that makes the sound of a big bug... 😄 Steffan has given us stunning images of the southern islets of Misool... From the sky, this typical landscape of the archipelago of Raja Ampat is even more spectacular!

With his permission, I took some excerpts from it, to edit a short video with my own images made at the water's edge. So here is a small glimpse of our walk, called "lagoon tour", just before sunset, in the middle of this maze formed by karstic cliffs covered with virgin forest, plunging into the jade water...

We've only spent two days in Misool and I must admit it doesn't taste like enough. Above water as well as underwater, the place is gorgeous.

For a glimpse of the dives and the incredible profusion of coral and underwater life, I invite you to check out the photos and video in the article below... So much beauty, it's like crying with happiness in your diving mask! 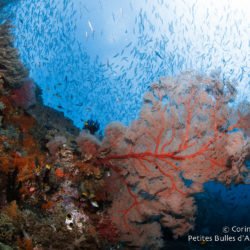 The Misool archipelago in pictures

To give you an idea of the landscape on the surface, pictures are better than a long speech. Here are some pictures taken during our "lagoon tour" at the end of the day, after the dives...