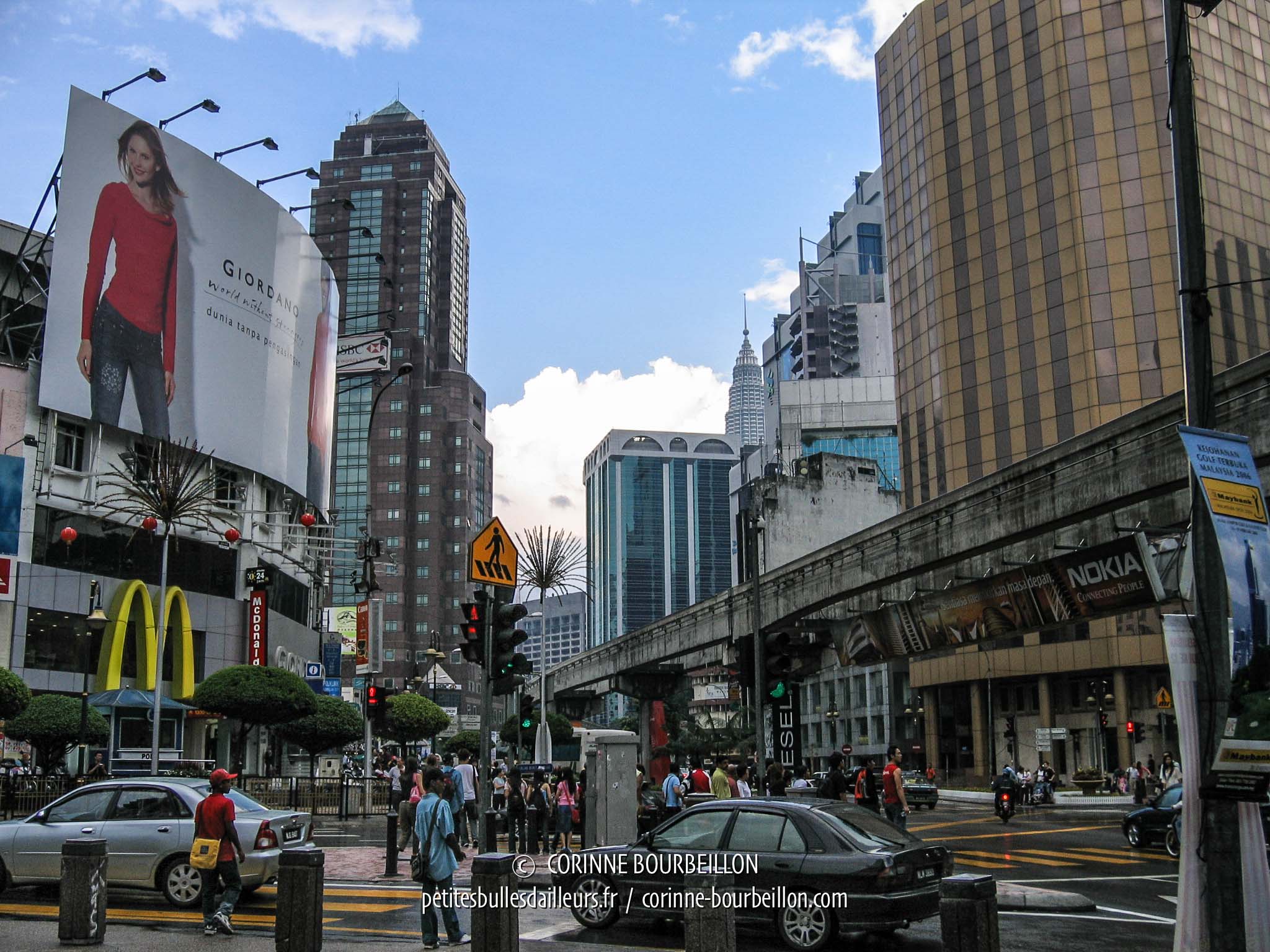 In the streets of Kuala Lumpur, you can not escape the giant billboards. (Malaysia, February 2006)

I offer you a glimpse of the buildings of Kuala Lumpur, the ultra-modern Malaysian capital. Below, a photo taken during my stopover "shopping" between two planes, back from Thailand, last February.

Below, a night vision of the famous twin towers Petronas, seen between two buildings, from the sky train. Dizzying height of these twins towers Malaysian: 451 meters.

To tell the truth, the "shake" is involuntary. But it makes the picture more interesting, finally!