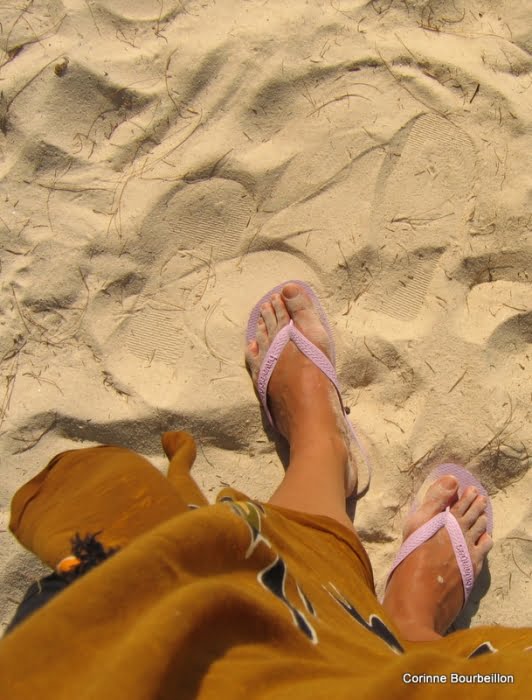 Feet in the sand

And here I am, on my island in Malaysia! Perhentian Besar, "the great". Who faces Perhentian Kecil, "the little one", where I had already spent ten days, three years ago. 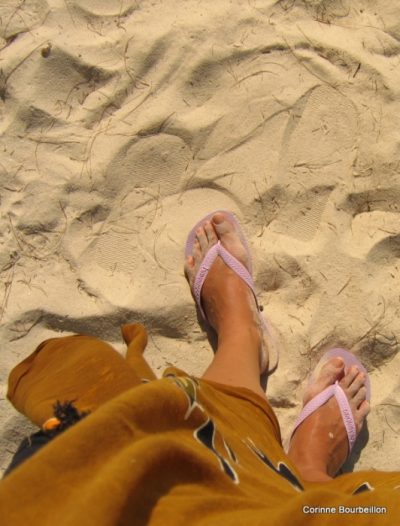 Easy arrival. The diving center Watercolors with whom I made contact by e-mail, arranged everything in advance: crossing speedboat, bungalow. I will test the dives tomorrow!

Tonight, I'll just post some pictures. I spent the day with my feet in the sand, not to do much, except to rave about the translucent azure water.

On my way to the beach behind mine, the aptly named Paradise Beach, I came across a shoot for Malaysian TV. One of these series with rose water, where the actors overplay thoroughly. Very funny.

The title: Biru Cinta Delaguna, which could be translated as "The Blue Lagoon of Love", if I believe the explanations given to me by the guys on the film crew ... 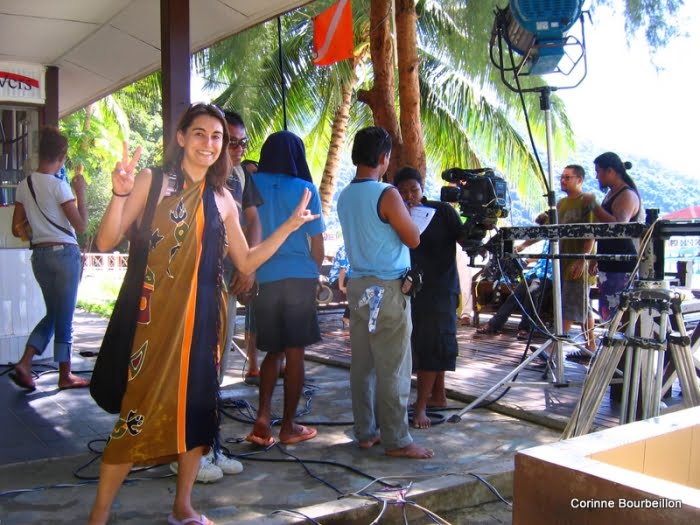 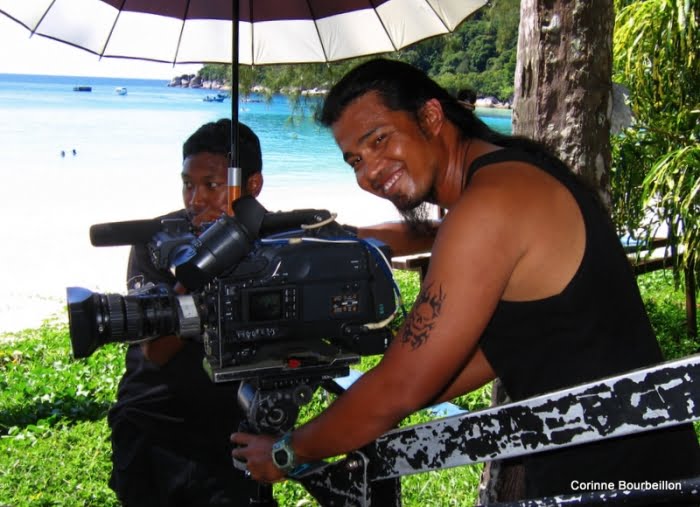 The cameraman was happy to take the pose. Another guy on the team invited me to the party with fireshow they were organizing in the evening. But I'm too tired, not the courage to move, especially since the dinner was extended ...

Yes, as I said before, it's hard to stay alone when we travel solo!

We are staying in the same place! It is she who recognized me and hailed on the beach ... We stared at each other with round, incredulous eyes. The world of divers is definitely small!

Like me, she travels alone and carries around her dive bag. It's funny, all the same, that we found ourselves, two years later, by the purest chance, in Asia again.

Short. These small holidays start well. The photos are self-explanatory, are not they?

The height of luxury for the geeky traveler: there's even wi-fi on my beach!

On the other hand, no electric socket in my bungalow, it will not be convenient to recharge the batteries of the camera. I left the charger tonight at the reception desk. We'll see tomorrow if they thought to leave him plugged! 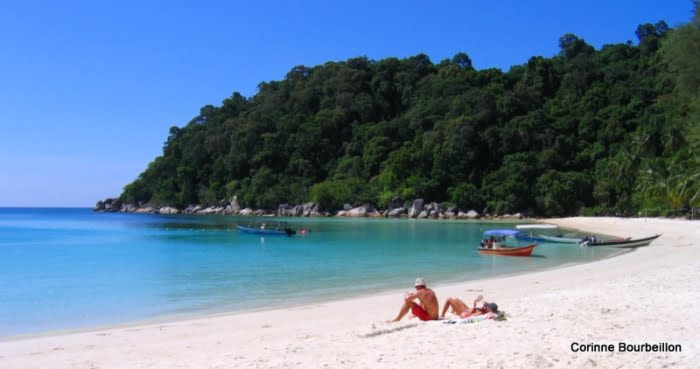 Finally, I will not start complaining ...

See all articles on this trip: