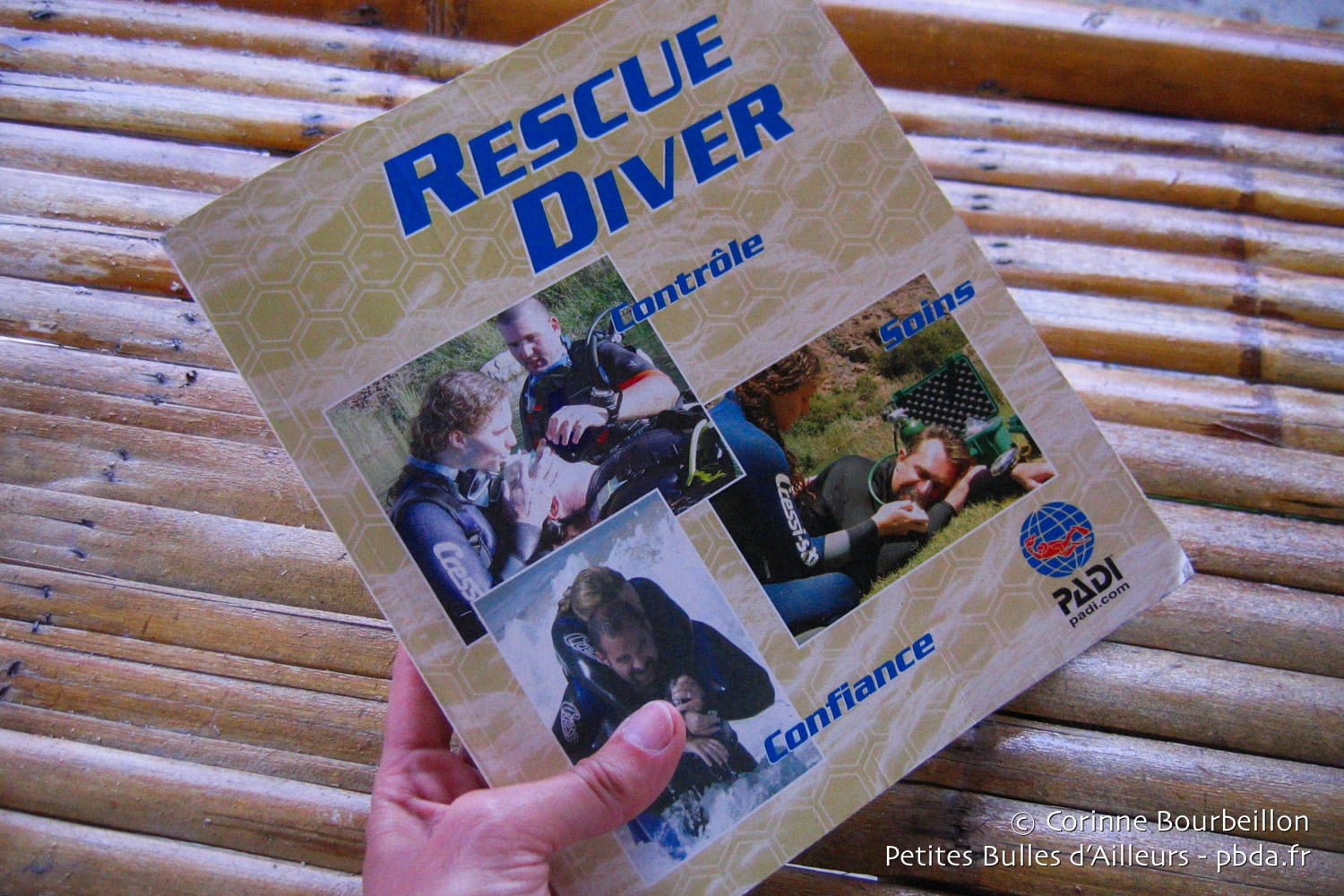 I'm a little drool, but that's it ... I'm Rescue Diver. Literally "lifeguard". The training is very physical. Exhausting, but exciting!

My mission: save people

I spent four days saving lots of people! Finally, "guinea pigs" who played, to choose: the drowned, the panicked or unconscious divers or in breakdown of air ... A role play aquatic nature, which makes it possible to acquire the good reflexes towards the accidents and all the diving emergency situations.

I took the course with a Finn, Christian. Tougher than me, and much more talented for buoy and surface towing. But under the water, despite my size less powerful, as I dive since longer than him, I was most comfortable.

In short, we formed a perfect pair, well complementary.

Our surface exercises were so realistic that at one point a guy on his long-tail boat ran straight over me to help me, as I struggled to tow to the flat. -form of the boat my instructor, Adrian, who had started by drowning, face in the water.

Of course, he did not see the long-tail coming. And Chao-Ley on his boat did not understand, despite my signs, that it was a rescue exercise. The guy grabbed Adrian by the hair to hoist him on his boat ... I can tell you that the "drowned" is resurrected at once, only one!

As usual, the videos and the manual Padi which accompany the practical exercises lend to smile, with their staging and their pedagogy "baffles". Some passages are even a little ridiculous in the French translation, often literal and clumsy ...

But the training itself is super demanding, very interesting. Of all the dives I followed, it's probably my favorite. Despite the physical fatigue.

Result is the end of the holidays, and I'm tired ... But what satisfaction!