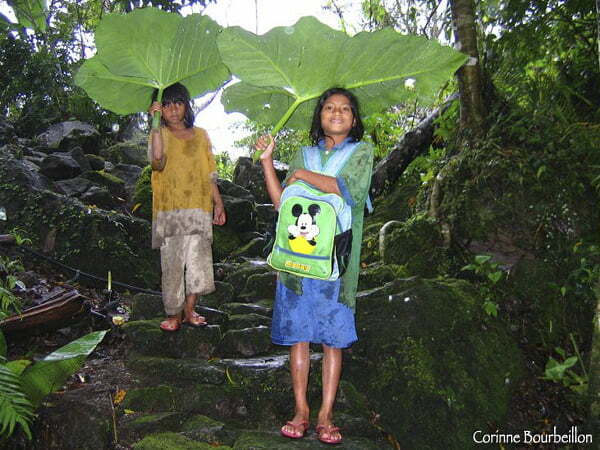 It's raining on Dumaguete

Since my arrival Dumaguete, DauinOn Monday, the weather remains gloomy, between light grey and humid grey. It rained under a sky of low clouds, which shrouded the surrounding mountains and volcanoes in mist. It doesn't matter, under water, you're wet anyway!

The dives here are fantastic, the sites are at the height of their reputation, especially the reifs ofApo Island. But I'll come back to it ...

Tuesday, before attacking for good the dives, I agreed a day of stroll. An excursion to the park Twin Lakes, the twin lakes, three quarters of an hour drive from Dauin. 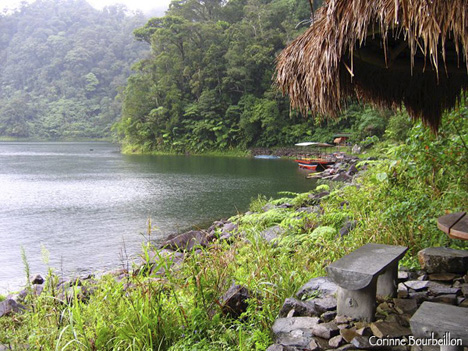 The tour is offered by The Lighthouse agency, run by a Swiss-German couple, next to the resorts Pura Vida and Eldorado.

On the program: a short walk on a path of big slippery stones in the mountains, between the lakes. Balinsasayao and Danao. The view is beautiful, despite the rain.

The foggy "rainforest" where our small group (our Swiss-German guide Bettina, two German girls, an American from Michigan and me) is easily accessible. 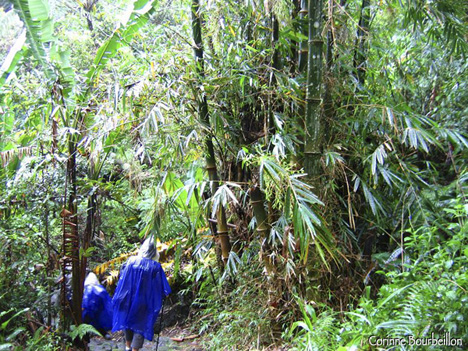 Full of huge trees and bugs more or less friendly to observe, fearsome centipedes of good size carpets under the ferns (their bites can be very painful) has a majestic eagle, flying in plane flight over the canopy of the trees.

On the way, we meet two girls, cute full, who hide under large leaves picked in the jungle, as an umbrella. 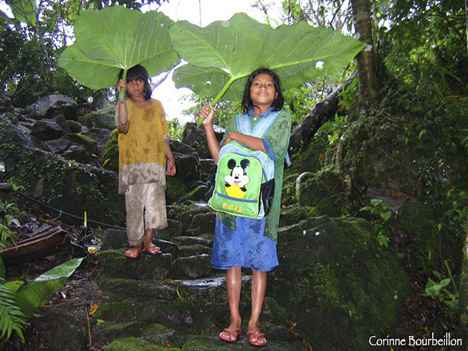 It is a popular walk place. There are benches and awnings, sometimes with barbecue, on the banks of the first lake. Canoes can be rented, boat rides.

But here, with the rain and the wind, we prefer to stay under the cover of the well named "rainforest". 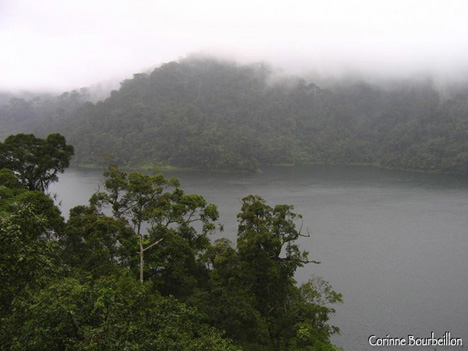 The walk is followed by a picnic at the lake, then, on the way back, a small stop at Dumaguete or I have to change money.

The operation is done in the street of the church, near the central park, with types capes caps and provided with calculators, the pockets filled with bundles of notes. They offer a more interesting rate than the banks. The place is known. Even local hoteliers are changing their money here. 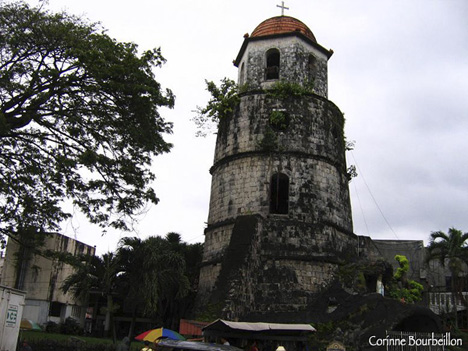 The old tower of the church of Dumaguete, in Spanish style, made of coral stone.

Dumaguete is a big university town. Tricycles flow from everywhere, the atmosphere is pleasant, the streets are very animated.

The walk is huge and I take the opportunity to try some local sweets. The chocolate sticky rice sticks in their banana leaf, it's great! Except that afterwards, we get a lot of them in our fingers. I manage not to stick too much on the camera... 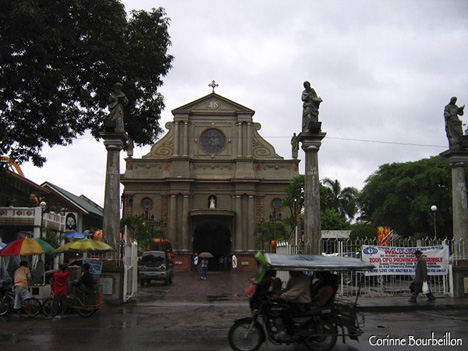 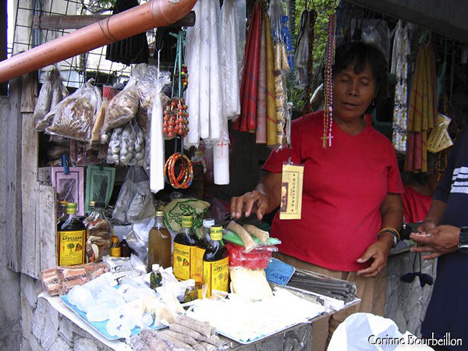 Bondieuseries" market in front of the church of Dumaguete.

While flanking, I do some cliches of the church, sellers of bondages, the market, and the kitschissime statue paying tribute to the seven sisters of St. Paul de Chartres, missionaries landed here in 1904. 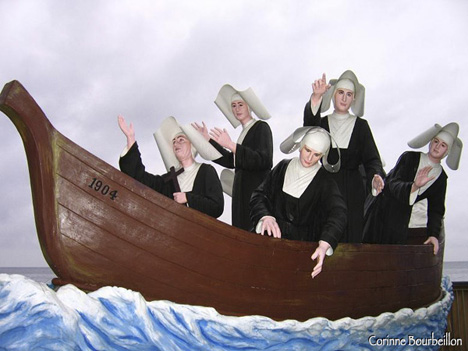 The kitsch statue of the sisters of Saint-Paul de Chartres. 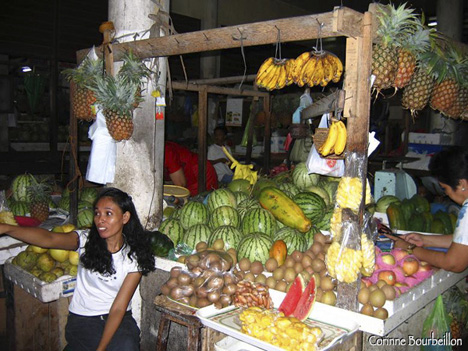 The market of Dumaguete.

Then back to the black sand beach of Dauin, where the Germans are the most represented nationality, Pura Vida as atEldorado. Because of them, everything was "fully booked" on my arrival, Monday.

But a nice guy in the street steered my tricycle driver towards a more modest resort, the Puerto Cita's, unknown to Lonely Planet, located right next to the Pura Vida. There was room. Night at 950 pesos.

Family home of the most charming, small rooms but impeccable in wooden buildings around a garden, with terrace. No restaurant, but we have a small fridge and a kitchen if you want to eat. The and coffee has will. I will only stay one night, before moving toEldorado, a bit more expensive, but more comfortable, which has availability from the next day.

I will learn about diving with Sea Explorers, the diving center of the Pura Vida, managed by a Frenchman, Hervé, moreover Breton, from Quimper. He puts me on the list for the three dives Apo the next day. Yippee!