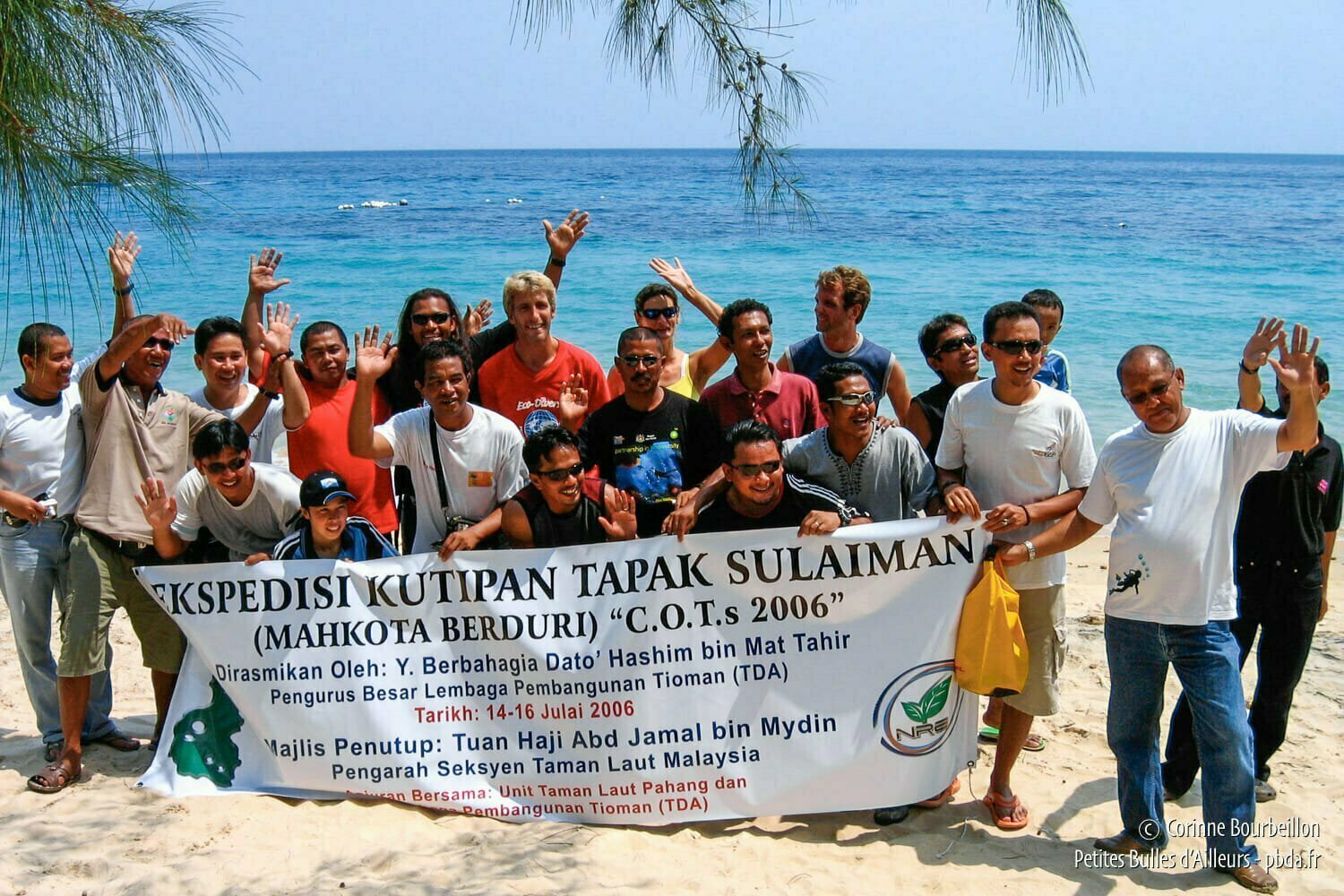 Officials of the diving centers and some officials pose on the beach for TV and photographers. (Tioman, Malaysia, July 2006)

The coral-eating acanthaster starfish is called "crown of thorns" in English ... or COT. And this Sunday, it's the party of COT pickers!

The harvest of crowns of thorns Tioman, which I mentioned in the previous post, gives rise to a small ceremony, the next day, with lunch offered at the restaurant Nazri 1 from the end of the beach, to more than 200 divers who participated in the operation.

An official splits a small speech in English hesitant microphone. In all, more than 3,000 critters have been collected. That's twice as much as last year.

I am not a specialist in the field (and the environmental officer for the island even less, because last year again, said official confused sea urchins and TOCs, 'said one of the instructors maliciously of diving), but in my humble opinion, it is a drop of water in the ocean (it is the case to say it). Well-meaning in appearance, this harvest, conducted only once a year, is not likely to have a lasting impact on the local TOC population.

For my part, I think it aims above all to promote the image of Tioman, for tourism development purposes, with financial objectives to the key, more than actually save the reefs. Which would rather need that we start by dealing with the treatment of waste on the island (there's work!) And the discharge of wastewater ... But that, obviously, it's more complicated and less fun to organize as an operation.

Well, I admit, I'm having a bad mind. Each diver was awarded a small honorific diploma (it does not eat bread). I have mine…