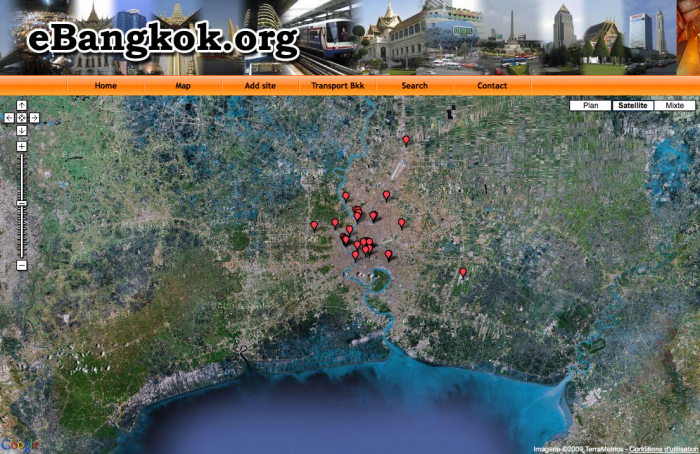 Bangkok, built on a marshy ground, sinks. With rising sea levels due to global warming, the capital of Thailand could be swallowed up under 1.50 meters of water by 2030. 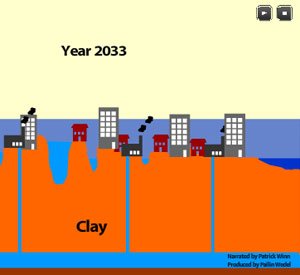 The author of this pessimistic prediction (at the time I wrote this article in February 2009) is the Thai meteorologist Smith Dharmasaroja. It is reported in this article of 3 February 2009 of Global Post, entitled Bangkok is sinking (Bangkok flows).

In the late 1990s, Smith Dharmasaroja predicted the imminence of a deadly tsunami and was not taken very seriously in his country. And then there was the terrible wave of December 2004 ...

The animation that I presented at the beginning opposite, showing the depression of Bangkok, does not work anymore. I put you in the place another diagram, below, which summarizes well the situation, found on the site hist-cron.com : 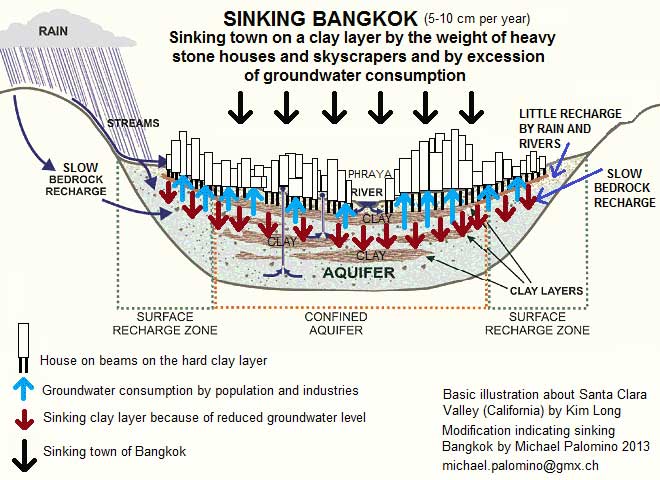 The complex phenomenon is linked to several factors: constructions, clay soil, groundwater pumping, filling of canals, erosion of the coast and mangrove, etc.

To learn more about the measures taken to stem the rising waters, I invite you to read this excellent article, very complete, dated May 2008, on the site Newsboy, subtitle… Bangkok does not want to sink !

The Venice of Asia

There was a time when Bangkok was nicknamed "the Venice of Asia" because of its many canals (Khlongs). There are not many of them left, but we can still have some nice walks along the water, boarding one of the many boats that crisscross the Chao Praya River. A very nice way to discover Bangkok differently.

Update. New articles on the recession of Bangkok and its recurring floods are published, year after year ... Almost ten years after the first publication of this post, the situation has not really improved ... I refer you below on a recent article from 2018:

Finally, for an overview, which helps to understand why Bangkok is so exposed, nothing beats a Google Map. Below, a screenshot quite speaking, that I made when the first publication of this post, on the site eBangkok.org (which does not exist any more). Yes, we can see that the sea is close, very close ...