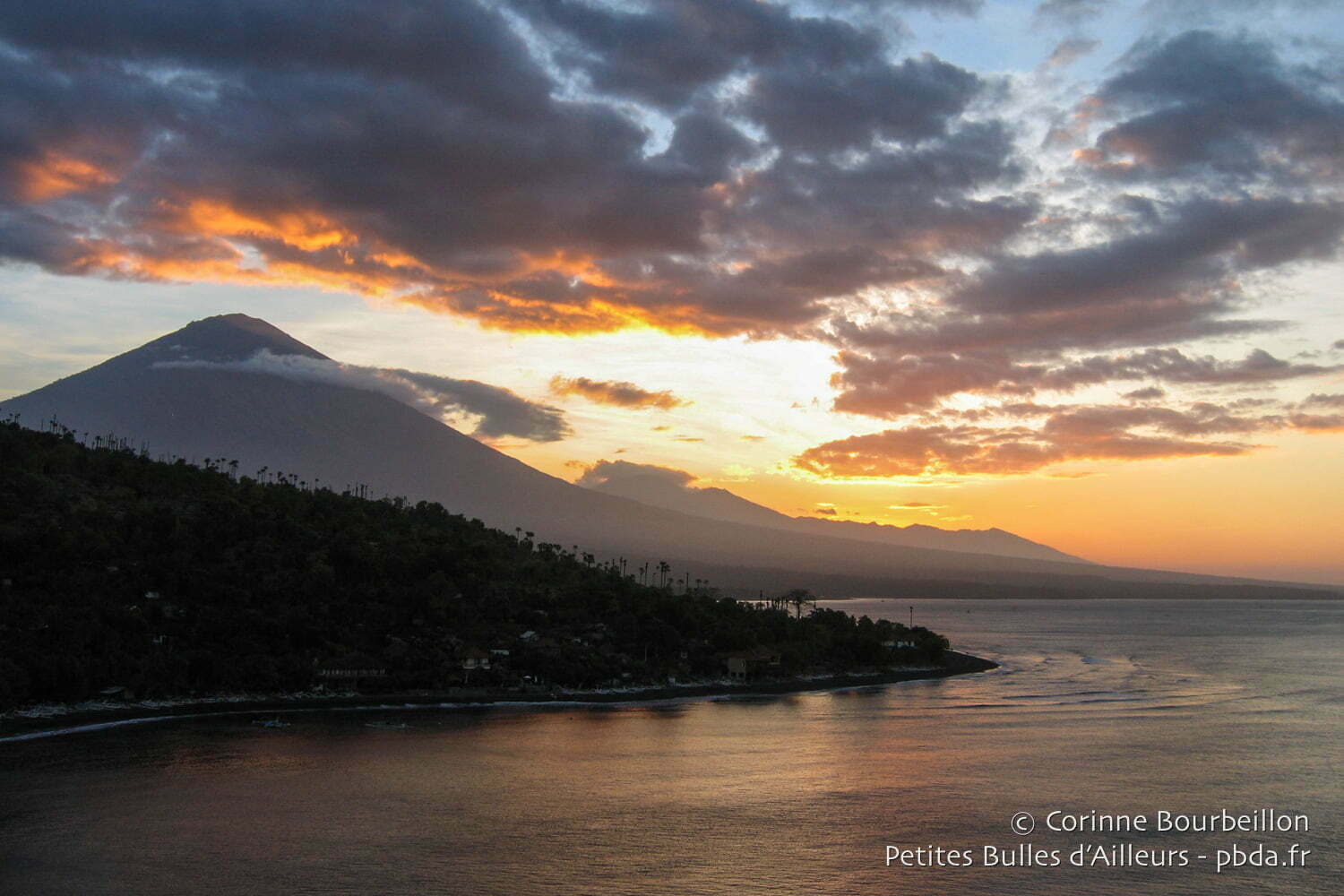 Among my most beautiful memories of Bali: the sunsets over the Agung volcano in Amed and the molas-molas, those gigantic moon-fish crossed off Nusa Penida...

Eh yes. Here I am back from this wonderful trip to Bali. Long long trip back, with endless stops in Singapore and Colombo ... The hardest were the last three hours of TGV from Charles-de-Gaulle airport, Sunday morning, to return to Rennes.

Luckily, it's nice and warm when I get there. No thermal shock to take, I keep my flip-flops on! From this month-long trip to Bali, I brought back more than 3,400 photos and videos, on land and underwater, stored on my iPod.

Among my most beautiful memories, the sunsets on Agung volcano to Amed, and the encounter withes molas-molas, these gigantic moonfish, off Nusa Lembongan and Nusa Penida. And then the smiles of the children, the soft green of the rice fields, the fury of the waves ...

I therefore avoided destinations often considered "unavoidable" in Bali, such as Ubud, Mount Batur, or the Gili Islands of Lombok, places I had already visited during my previous stays.

I do not regret this choice, which allowed me to hang out almost ten days at each place. I like to take my time, ask me. 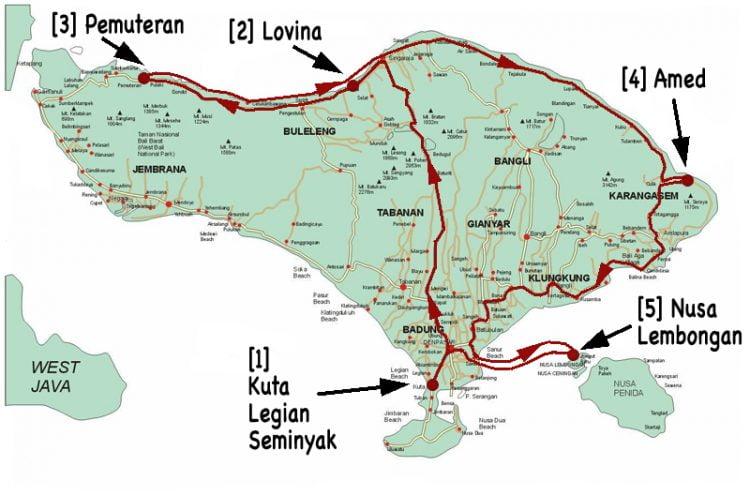 And then Pemuteran, Amed and Nusa Lembongan are still (in this year 2008) peaceful places - certainly touristy but not too much - that do not necessarily look like the exotic postcard that some have in mind when we pronounce the name of Bali ... Three seaside locations that suit my traveler's temper not frantic.

My only regret, perhaps, is not having booked at least a day or two to explore the land-side nature park around Pemuteran. A couple of Germans met there gave me a tantalizing description of their expedition in the jungle and the mountains.

Similarly, I would have liked to stay a few more days in Amed to walk around a bit in the mountainous area. There are, starting from Bunutan or Jemeluk, some nice treks to do... It will be for another time!

As for diving, I had come to see the wreck of Liberty in Amed, where I had already dipped my fins in 2002. The wreck is certainly spectacular, but I am also very impressed by the profusion of life on the drop offs of the island of Menjangan (Pemuteran), as well as by the wealth and the variety of wildlife in Bunutan (Amed), despite poor visibility the day I dive.

Finally, and most importantly, I have my strongest and most beautiful emotions underwater at mantas and mola-molas encountered in Nusa Penida, off Lembongan, although the outings there are rather sporty.

The swimming pool of Bréquigny in Rennes having finally reopened after the works, I took a firm resolution: to go back there regularly, and to palm, palm, palm, just to be able, next time, to approach more easily the big beasts which like to swim in the current.

I still have a lot of things to tell you! So I will continue, in the next few days, the story of my Balinese journey.

Coming soon: new underwater pictures, with, among others, a nice collection of nudibranchs, those little colorful sea slugs that I like so much; but also land pictures, with the work of the salt workers in Amed, and the seaweed farmers in Lembongan, without forgetting the kite games on the beach... I also have a lot of videos, on land and underwater, to show you!

Just to continue to share, again, the joys of this journey. And to counteract the spleen of the return!