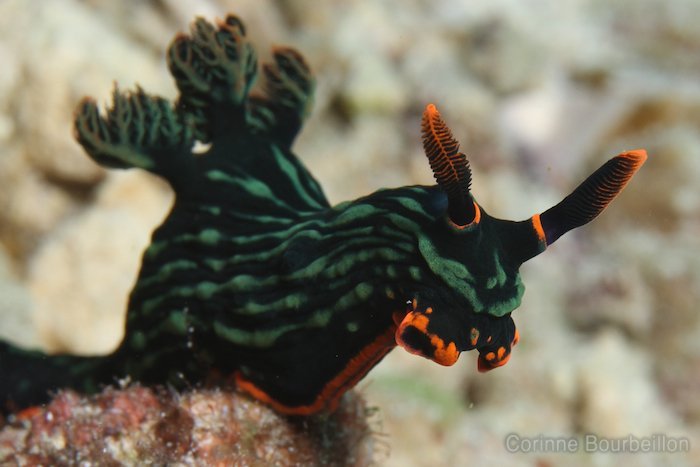 Nudibranches and quirks in Maumere

I take you back to the east of Flores, Indonesia, for a special "nudibranch" sequence. In the bay of Maumerethese little sea slugs abound. I've discovered species I've never encountered before!

For starters, a small series of relatively common nudibranchs in the Asia Pacific area. I do not know them all by their small scientific name (I would have to take the time to look in the books of identification), but I have great pleasure to draw the portrait under water.

Here is a first bouquet, colorful, bristly or pustular, depending on the species. 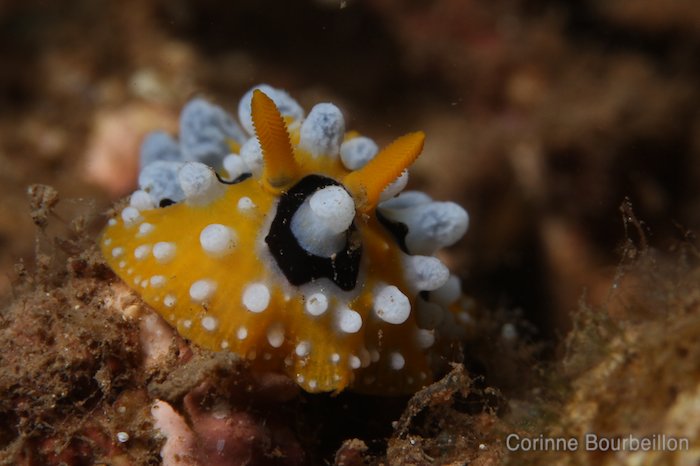 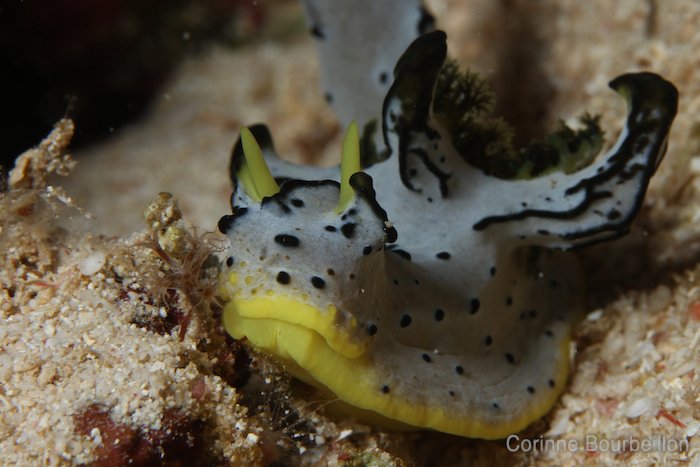 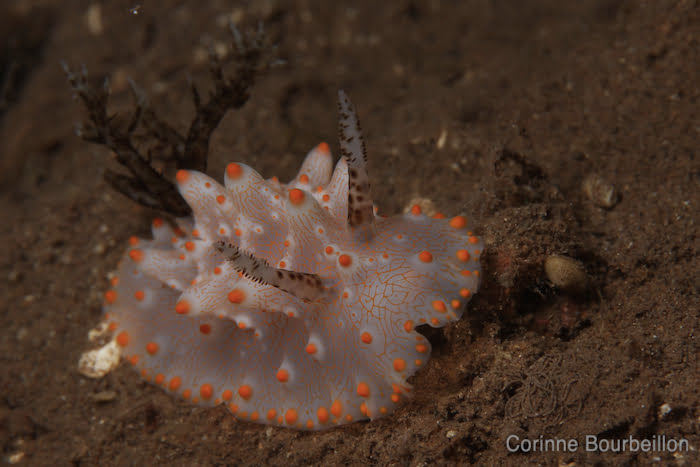 I also had the opportunity to meet rare slugs. Not new, but they are rarities, compared to those above. 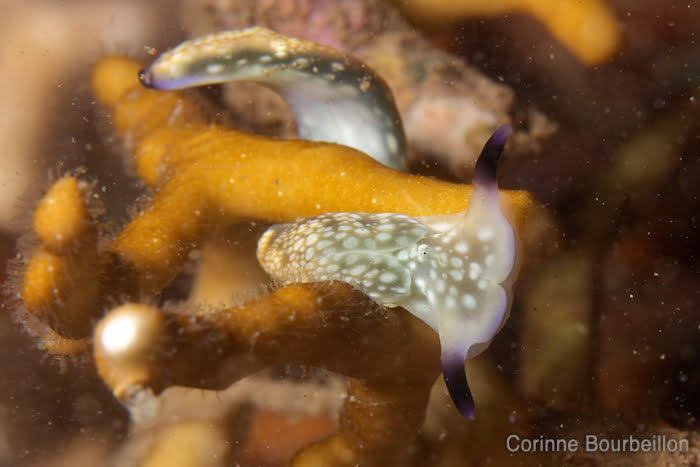 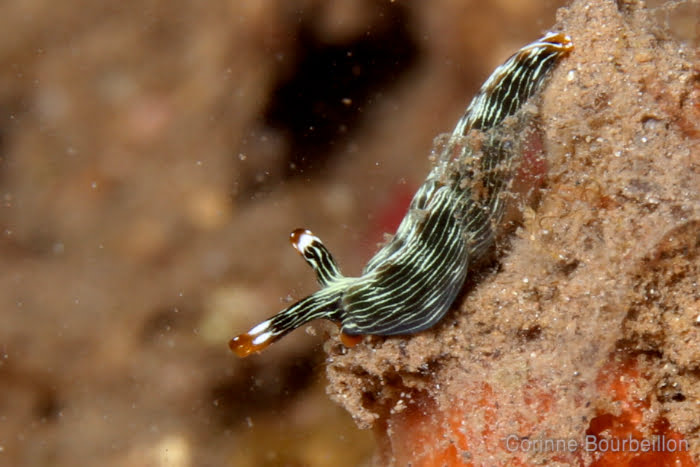 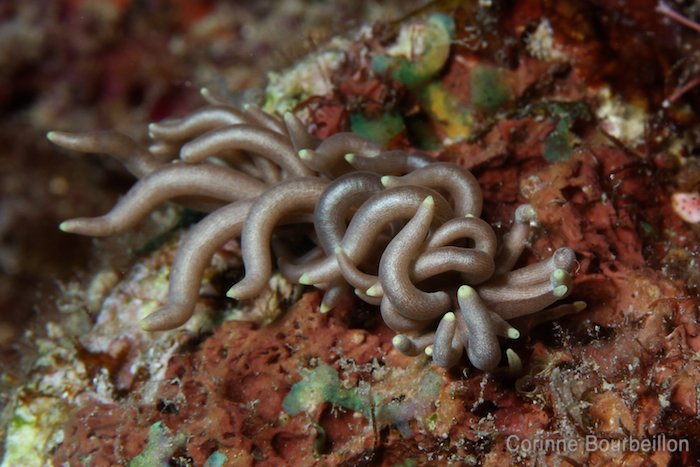 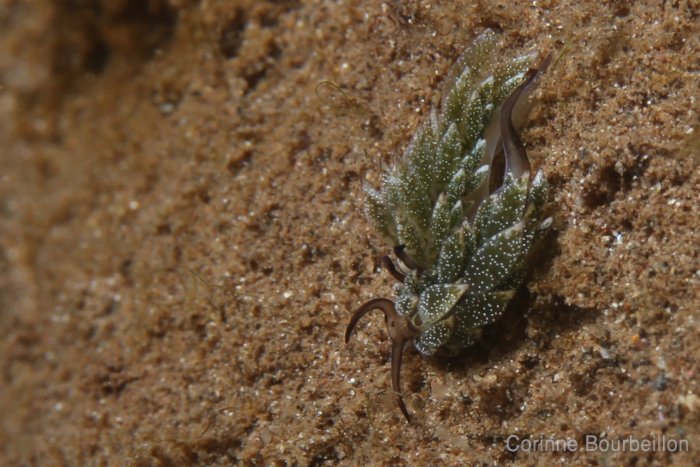 Finally, what a thrill for macro divers, like me: falling on an unknown nudibranch! Something new, unheard of, as far as I'm concerned. If some of you have already met these critters and even know their names, please let me know.

There is this one, which, although rather large and fleshy, in the 4-5 centimetres long, is rather difficult to spot on the grey-brown sand, from which it barely stands out : 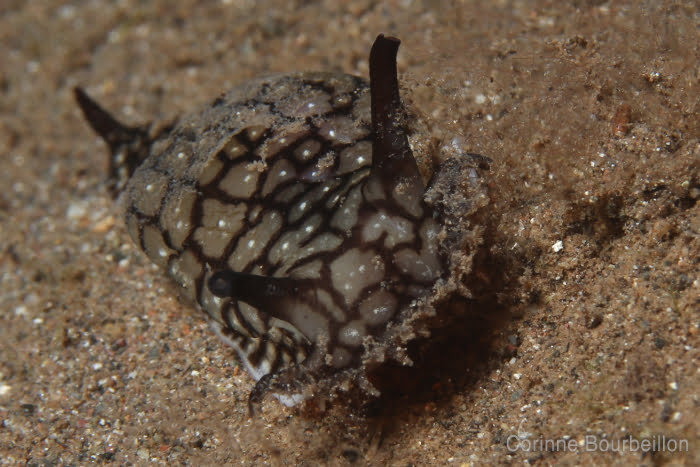 The small pink and pale green thing with spots, below, should be less than 5 millimetres long. I had a hard time making a vaguely drinkable picture, where you can make out something: 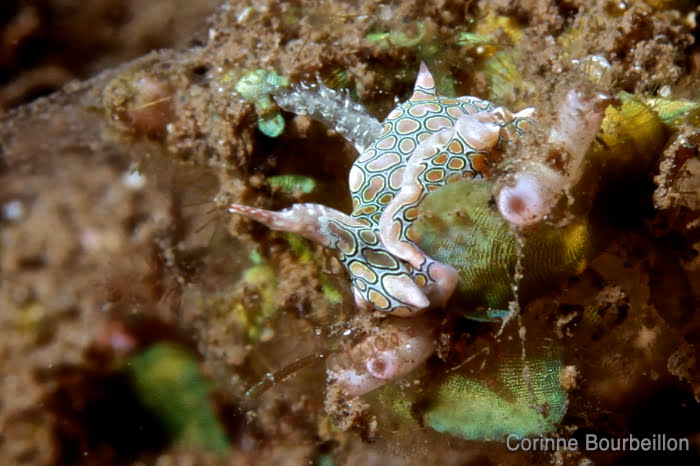 I mean, the thing below. Maybe 4-5 centimeters, too. A small translucent gelatinous heap, armed with two whips bristling with filaments on its back, which seem to be used for moving (and probably feeding?). The dark red borders of the coat can only be seen in the light of the flash. My guide explained to me that it was not a nudibranch, that it was more like a jelly fish, so... Quite a quirk of nature, anyway. I'm putting up two pictures so you can get a better look at the beast... 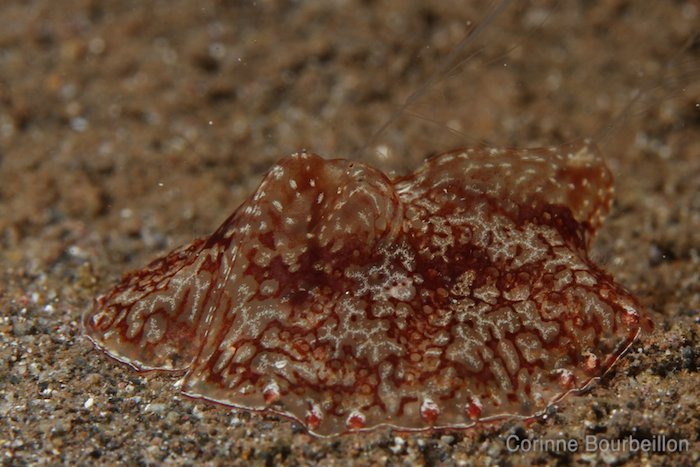 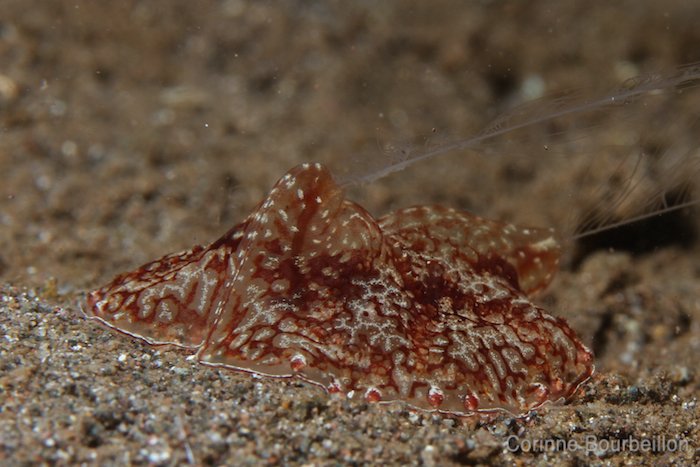