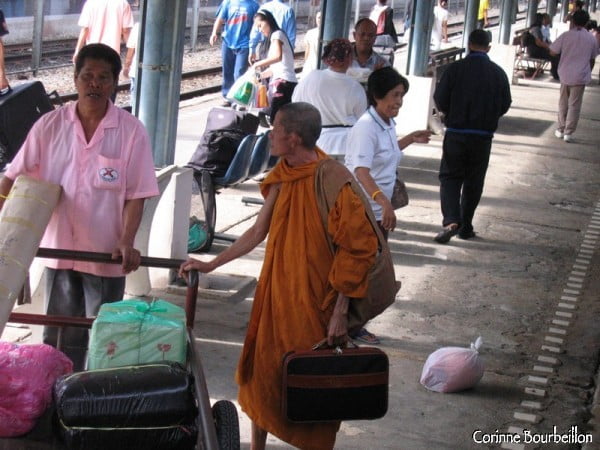 Malaysia, the country where we never arrive ...

The famous night train finally arrived at Songai Kolok, at the border. With a lot of delay, for an obscure story of locomotive failure. It is the guy in charge of my wagon who informed me, since I began to get impatient a little, this morning, around 10:30, supposed time of the arrival, in front of the endless string of stations of which none was Songai Kolok.

"Songai Kolok? No! Two hours delay... Problem with locomotive. » Malaysia, the country where we never arrive ... 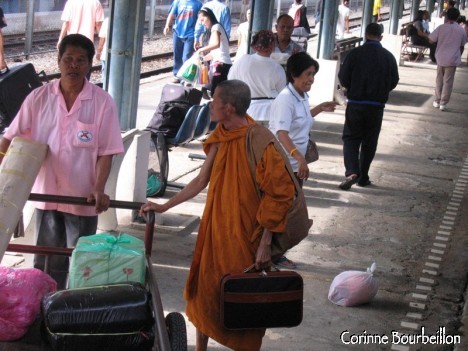 Around 8am, on the platform of Hat Yai station, the big city of South Thailand. There is still more than four hours to reach Songai Kolok, the border town with Malaysia ...

Charitable, I went to warn the little couple of Norwegians in the wagon next door. I had sympathized with them the day before, on the platform, waiting for the train. They too go to the islands Perhentian.

Long, long way, so. In the early morning, everyone emerged from behind the small blue curtains that hide the bunks. I then discovered the heads of the people I had slept with. They looked a little cooler than me ... I was hot, despite the fan. Not much conversation, then (hard, the barrage of language), but exchanges of big smiles that compensate.

My neighbors, two young women, have bought glutinous rice and chicken for breakfast from the street vendors who go up and down at each stop. They offer me nicely, but no thanks, no way ... In the rising heat, with the air badly stirred by the fan, I do not feel very hungry. I'm content with a infamous Nescafe instead.

A few hours later, when I learned that we would not be Songai Kolok Before noon and a half, I regretted not having done like them. Especially since, of course, there was no longer a single street vendor in the area.

The campaign's running. Stations follow stations. And I'm stewing in my own juice, dreaming of a shower. It won't be for a while!