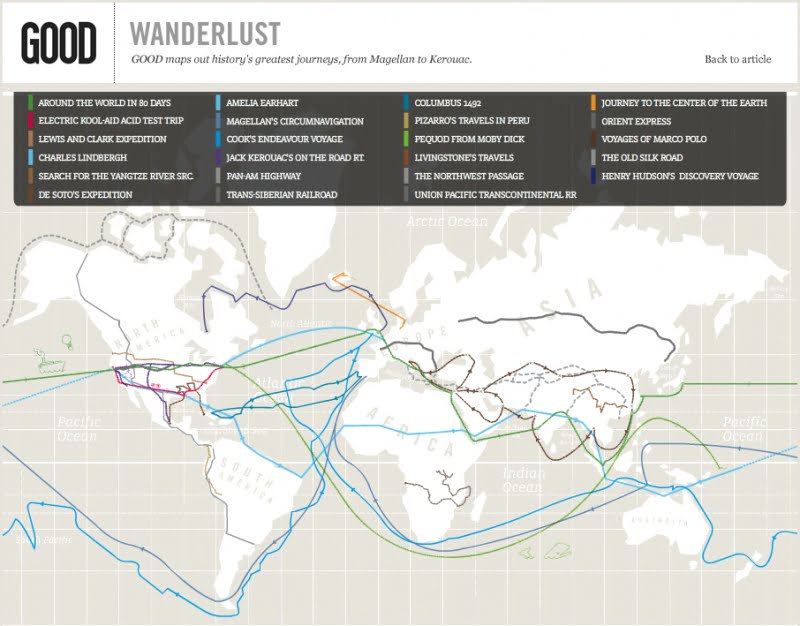 If, like me, you love maps and maps, test Wanderlust. Posted by the site Good, this interactive map allows you to visualize the mythical routes taken by famous travelers and explorers, from Magellan to Kérouac. 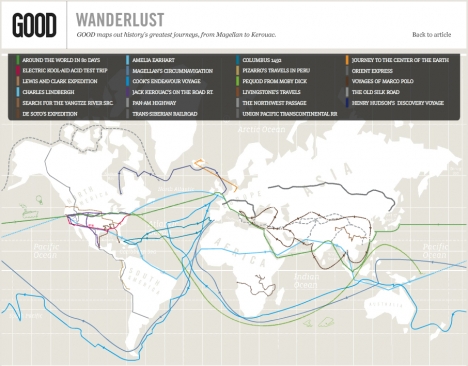 A small illustrated doc (in English) pops up at click. With the fluidity of animation in Flash, there is something magical to make appear under the mouse Cook's world tour or the layout of the Pan-Am.

There are even imaginary journeys like those of Phileas Fogg (Around the world in 80 days, by Jules Verne) or the white whale Moby Dick (Herman Melville), literature being finally the most beautiful of the escapes. 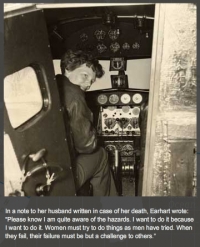 Of course, the map is not exhaustive. I would have liked to see Alexandra David-Néel in the list.

But there is at least one woman: Amelia Earhart (opposite), who disappeared in July 1937 in the Pacific at the controls of her plane.

Unusual destinies, world tours and expeditions like we do no more ... What to dream during the long winter evenings, and, why not, give ideas of itineraries.

Wanderlustthat could be translated as "wanderlust," couldn't it?