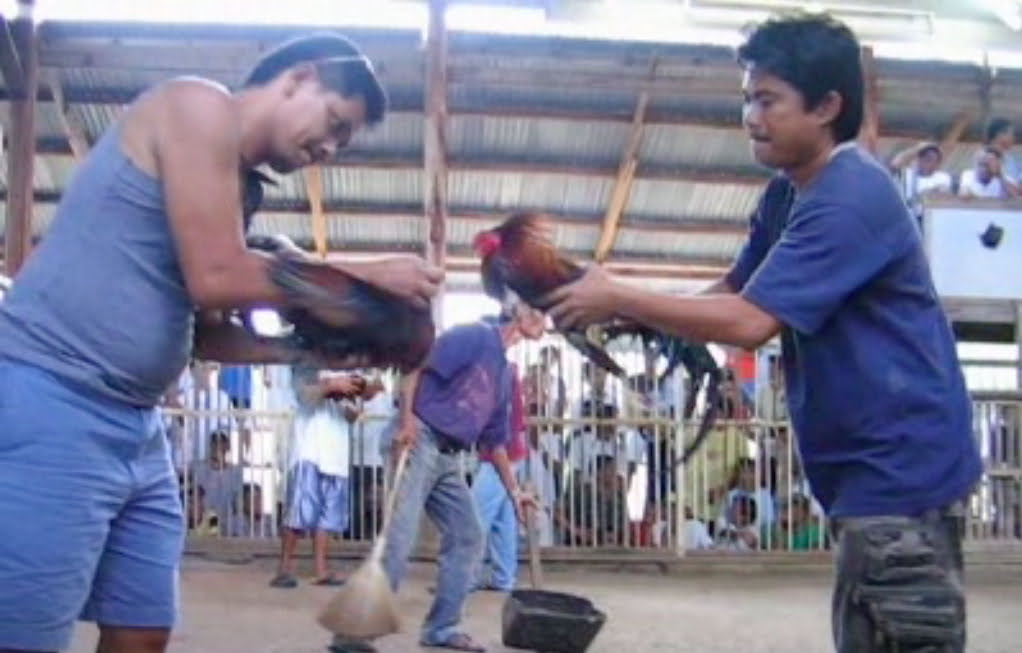 Fighting cocks in the Philippines: the video

Crazy atmosphere in a cockfighting arena in the Philippines! This video was shot in 2008 on the small island of Siquijor, in the Visayas. Sensitive souls abstain.

In February 2008, I told you from the Philippines about my visit to the cockfighting arena from the village of Enrique Villanueva on the island of Siquijor. After the story and the photos, here is the video at last!

You will be able to get an idea of the overexcited (almost exclusively male) atmosphere that reigns around this arena of pissed-off gallinacs. It is obviously not a place frequented by sensitive souls or animal lovers. In the Philippines, these cockfights are very popular and are the subject of passionate bets. Some bet very big and leave more than feathers.

Updated, January 2018 : Forgive the poor quality of these images, shot in 2008 with a modest compact camera, with a video mode at only 480 or 640 pixels, I don't know anymore, at a time when 4K didn't exist yet and when the iPhone 3G was going to become the new fashionable technological gem?

The fight itself is very brief. Each cock has, fixed to the paw, a long curved and pointed blade, like a little sword. It is guessed sharp as a razor and carefully sharpened for the occasion.

The two cocks are presented to each other, held at arm's length or by the tail feathers by their respective owners. It is a matter of exciting a little bit the critters by approaching beak against beak. They are released for good in the arena when the amount of paris is balanced on both sides.

Then it goes really fast. A swirl of feathers, everyone's screaming and shaking behind the wooden bars. In a few minutes, it's over... One guy cleans the arena for the next fight, and it starts all over again.

To read also → Well sharpened feathers by my fellow Quebec journalist Marie-Julie Gagnon, who bounces on my article in her blog Taxi Brousse, to take stock of the situation of cockfighting in the world ...