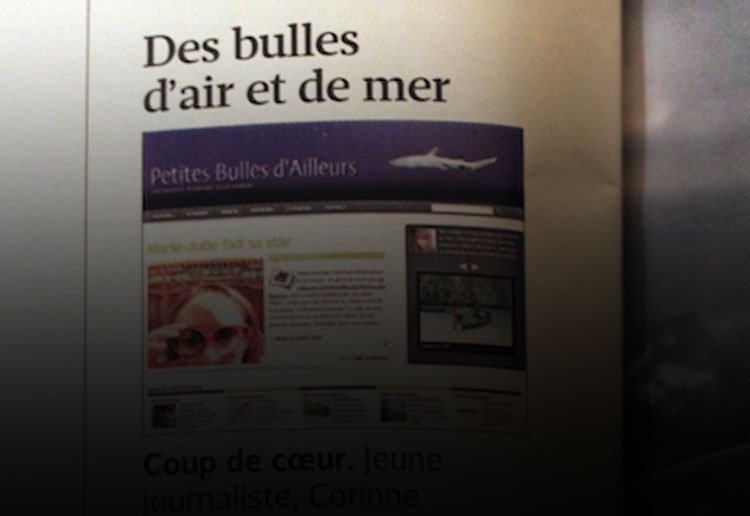 My Bubbles in Geo Magazine

The magazine Geo devotes a chronicle to my Bubbles Underwater & Beyond, in its November issue (the paper version, on newsstands). It's a pleasure.

It's Marie-Ange, fromA World Elsewhere, who told me: she flipped through the magazine before flying to Vietnam. Me, I was not even aware, I had not bought or flipped the number of this month ...

It's on page 14, it's short, but laudatory. It starts with "Coup de coeur" and ends with "Pictures and little magic films ..."

Bugger. It remakes me, to quickly quickly attach to new tickets! 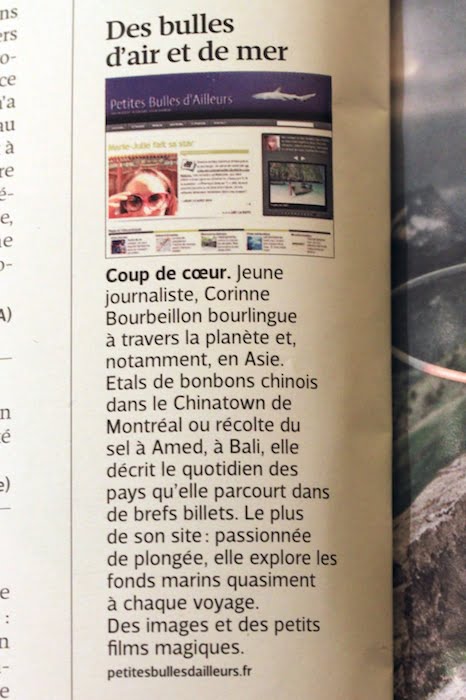 The articles in question are here:
→ Chinatown
→ Amed, the salt slaves

Okay, let's stay there for the autopromo ... I'm getting back to work!