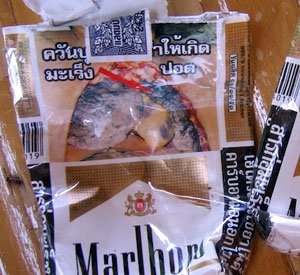 The packets of cigarettes that kill serious

On cigarette packages sold in Thailand, you can see some very ugly pictures showing you the consequences of smoking. Smoking kills... or worse. Effective, these pictures?

Hard to say. I continued to smoke happily during my little Thai vacation, despite this disgusting packaging. 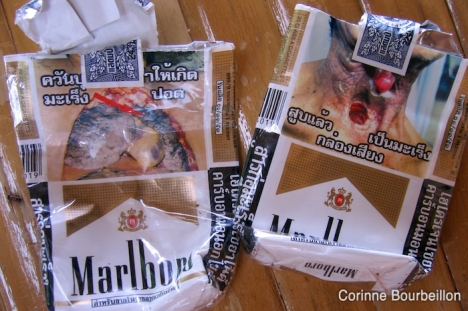 Must say that at less than 70 baht package (less than € 1.50) in Thailand, the economic argument has little effect on a French vacationer smoker, any diver she is.

My last stop was this summer in Bali. In Nusa Lembongan, after several unsuccessful dives, I promised that if I saw a mola-mola, I would stop smoking. Eh yes.

The Balinese Gods and Poseidon had the infinite goodness to grant my wish. I met these big moon fish, much sought-after, three times! So I stopped smoking, as promised, for a while.

But not very long. Back in France, I took again as before. No mola-mola on the horizon to remind me of my promise.

It was not my first attempt. And here I am preparing for the next ... I'm going to stop again, very soon. Perfectly. The date is fixed. That way, I'll have nice airy lungs and lots of money to dive this summer.