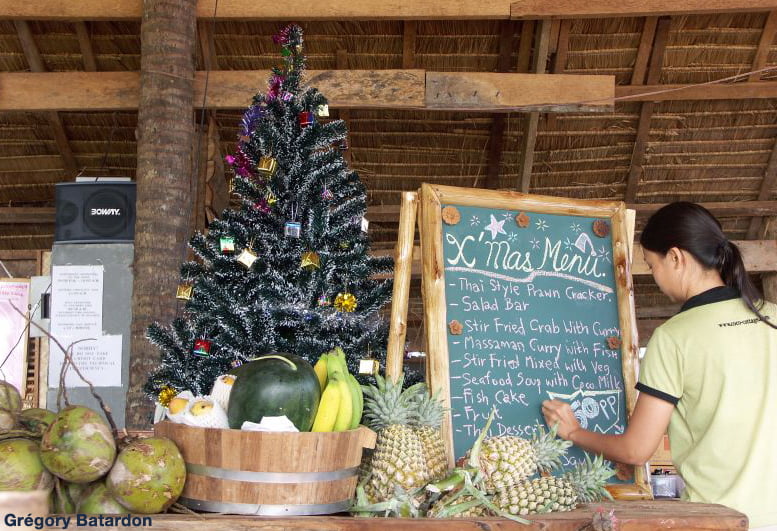 A seasonal image ... well almost. Christmas in Thailand, it looks like, but it's not the same. The snow is artificial and there are mangoes and pineapples at the foot of the tree. Same same, but different!

Go, I confess: I'm in Rennes, and not at all looking at the X'Mas Menu in tropical latitudes. This photo is not mine (thank you Greg) and was taken in December 2004 (yes, two days before the sad memory tsunami). I can not believe it's been four years already.

For my part, I never spent the holidays in the sun. But I will damn catch me in the coming weeks ... I will tell you more in a future post.

In the meantime, Merry Christmas to you all!