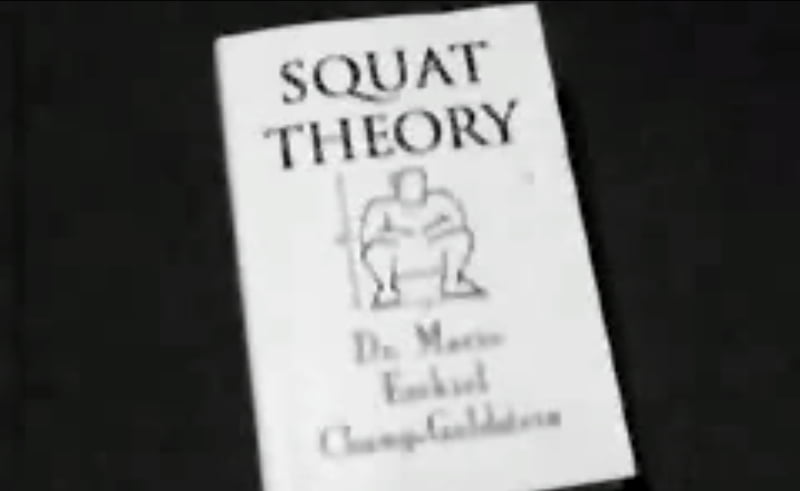 Are you one of those Westerners who know how to squat like an Asian? Those who have been to Asia know what I'm talking about... Most foreigners can't sit on their heels without losing their balance!

Video: How to do the Asian Squat

I just rediscovered this video: How to do the Asian Squat (How to squat with Asian). A funny little parody movie that compares the two ways to crouch.

The video is signed by an American author of Asian origin, Daniel Hsia. Some of you may already know it, because it's been touring for a long time: it dates back to 2002! I stumbled upon it again, cleaning up my favourites.

In Asia, we squat willingly. Sometimes just to grab a bite, hit the chat or watch the street show. People sit on their heels, without putting the buttocks on the ground, well on the feet laid flat.

It is comfortable and stable, not tiring to hold, contrary to the position that most Westerners take, who perch on their toes.

Below, some scenes from everyday life, brought back from my trip to Vietnam in 2001.

For my part, I master theasian squat. It is a posture that I adopt easily and naturally, not only when I am in Asia, in local fashion, but also in my daily life in France…

One day in Rennes, when I was squatting like this, chatting outside in the street with colleagues at break, an old lady suddenly stood in front of me on the sidewalk. Without saying hello or anything, a little aggressive, she asks me if I have Vietnamese origins. I answer no, but she insists, decreeing that I stand like the Vietnamese and that I surely lived in Vietnam.

Not really, I told him. I've been to Vietnam a few times, but only on vacation. I've made many trips to Southeast Asia and just got into the habit there. Then she started to tell me about her life. She lived in Saigon a long time ago. Then she also starts telling me things that I find unpleasant, "reactive" and colonialist. Annoyed, I put an end to the conversation...

I do not know what memory I woke up that day at this old lady, obviously remained in her head at the time of Indochina and French colonization ... As for me, I remain a fan ofasian squat !