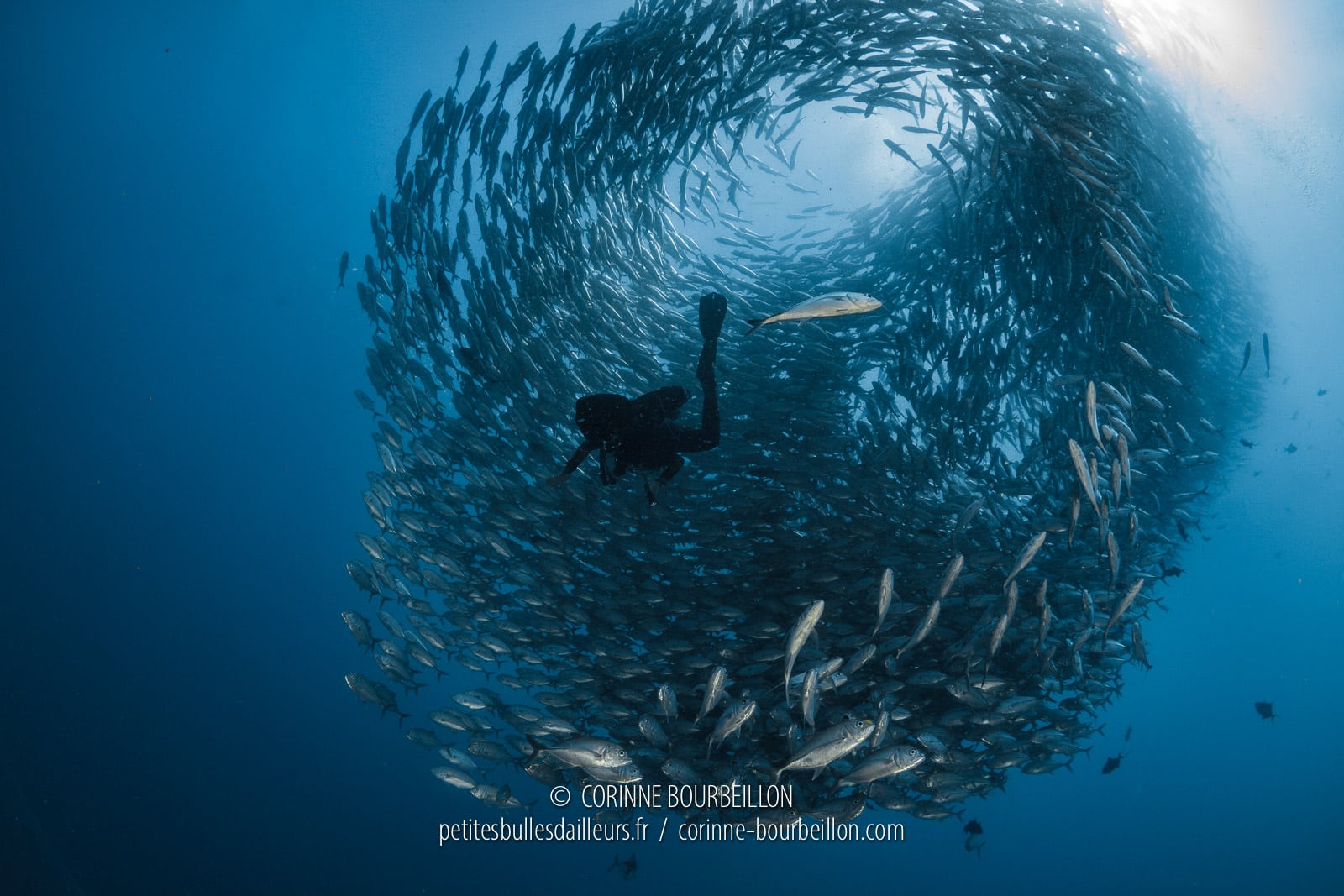 The area is very touristy and not at all "off the beaten track", but it is the ideal base camp to go diving at Balicasag.

I confess, for this second part of the stay, I did not break my head too much, regarding the organization of the dives. I leave my friends Carol and Jérôme, who run the dive shop Equation...take care of everything for me... Long live the holidays! 👌 😎 🌴

I'm lucky: I'll be able to dive two days in Balicasag, one at the beginning and one at the end. During the first outing, with Carol, I rediscover the splendour of the site: diversity of hard corals, abundance of small reef fauna, marauding turtles...

But that day, on the spot where we meet the jacks, the visibility is not great, at least not enough for the pictures I have in mind. There is a little too much "fog" in the water, impossible to take the necessary distance to be able to photograph the mass of fish as a whole.

The jacks of Balicasag: the video

This time, I dive with Jerome. The captain of the banka (a traditional Philippine boat with outriggers) that takes us diving was well informed by his colleagues: a few minutes after the launch, we see the huge mass of fish. What luck, the visibility is excellent!

I first admire from afar and I wait, the time to let another group of divers pass by. And then we are quiet again. Wonderful! 😲

What a beautiful swirl of fish!

The beauty of this other world, beneath the surface, gives me so many emotions! 😍

This diving trip from February-March 2019 is already my fifth stay at Philippines. As I often write to those who ask me for itinerary advice, it is impossible to discover the multiple facets of this immense archipelago and its innumerable dive sites in one go... You have to make choices. To inspire you, here are my previous trips: