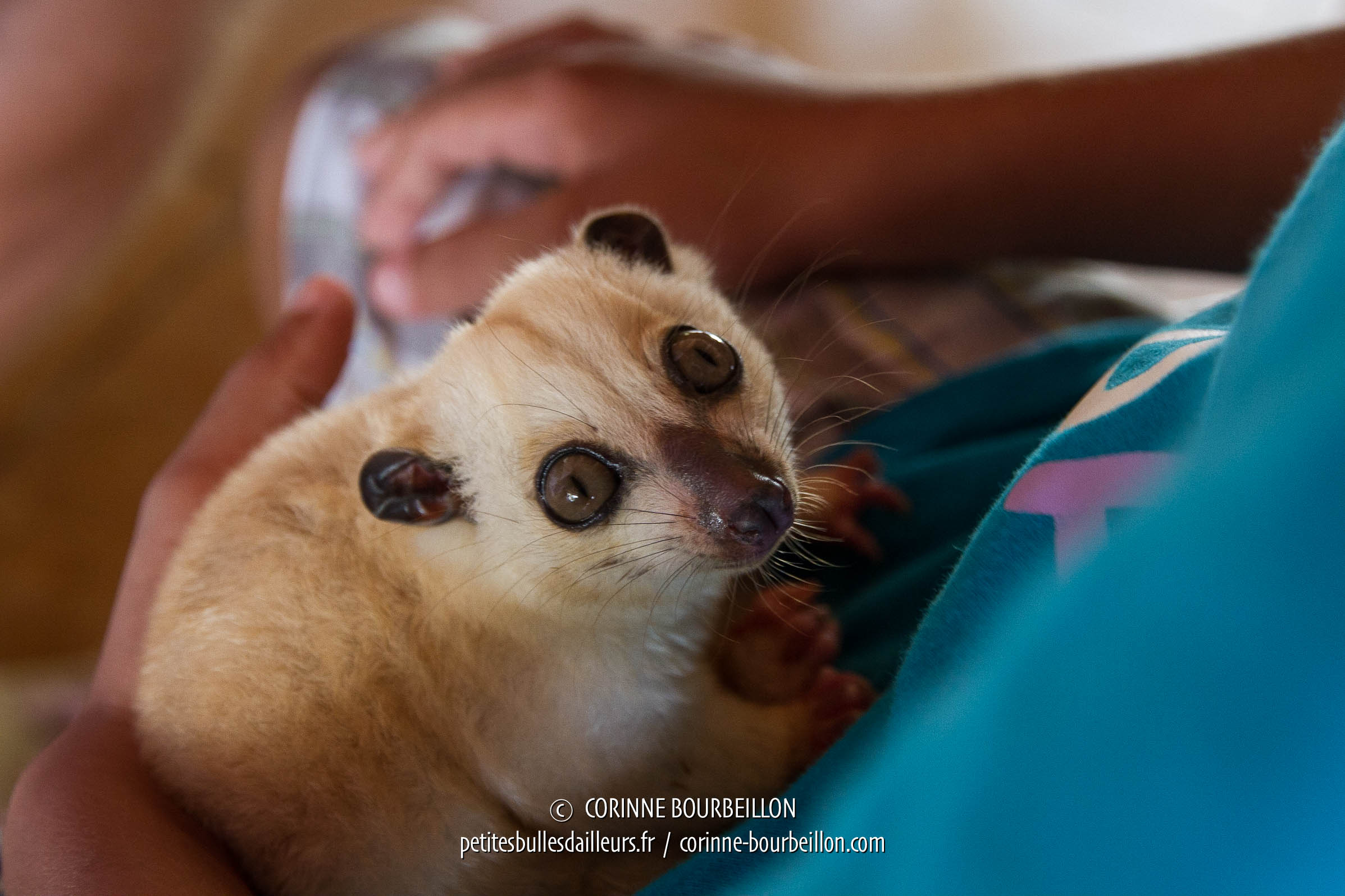 The eyes of the baby cuscus

Does Shrek's cat move you? Do you have a crush on the wet-eyed baby seals? This cute little Indonesian cuscus should make you melt. 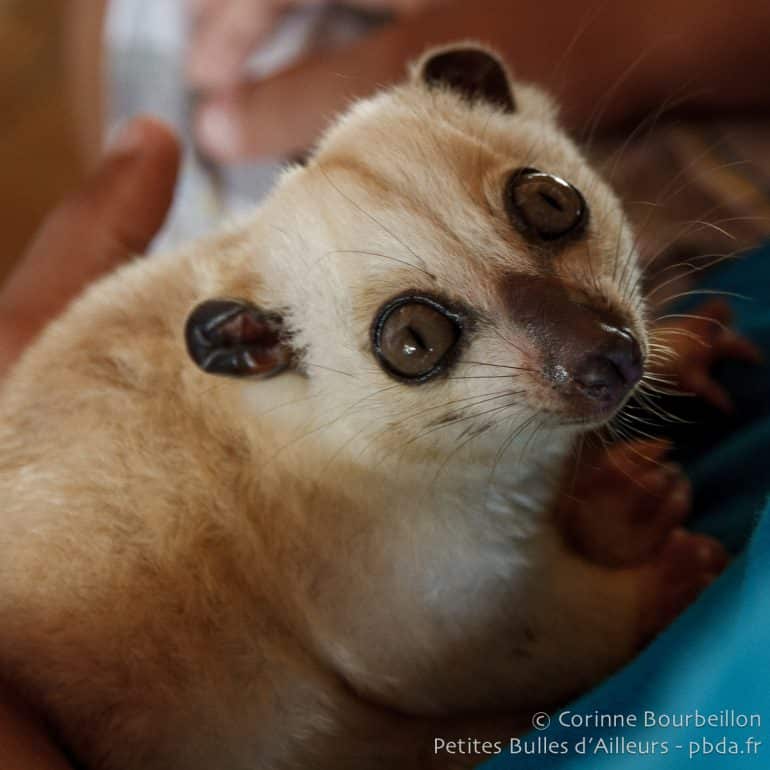 They've really got a thing, all of them. Something with the eyes, right?... 😂

What is that, a cuscus?

Yes, it's a weird name. But it has nothing to do with semolina and Moroccan food ("couscous" in French)... I'm talking about the other cuscus, the animal (which is also written kuskus or couscous). The Wikipedia page herewill enlighten you on this exotic creature.

It's not a monkey or a squirrel, or even a cousin of tarsier of Sulawesi. It belongs to the family of marsupials like the koala and the kangaroo (and the famous Marsupilami).

I had already seen big ones but from a little distance, hidden in the trees, in Raja Ampatin Indonesia last year. Adult specimens, red and spotted, rather ugly.

During this new Indonesian trip of March 2013, on Halmahera Island, I was able to see up close a very young, much cuter specimen. Abandoned or fallen from the nest, it was taken in by Adrian, the Weda Resort owners' little boy. 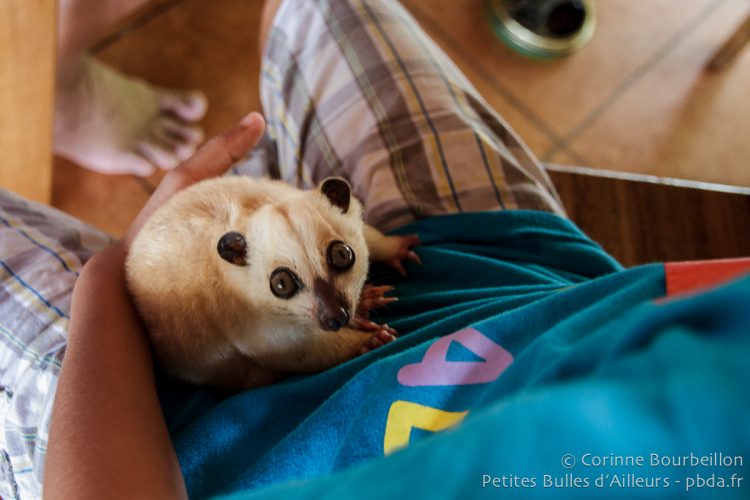 Adrian and his father brought the baby cuscus to the resort's restaurant to show it to us, in the manner of marsupials who keep their young in a pouch: huddled on his belly, under his shirt.

They also made a nest for it in a cardboard box, until it could be released into the jungle surrounding the Weda Resort.

The star of the evening

This adorable ball of fur, with its small pointed nose, its round ears and its big worried eyes, makes everyone happy at mealtime.

We all take pictures of the little animal, without using the flash, to avoid frightening it too much. It's the star of the evening! 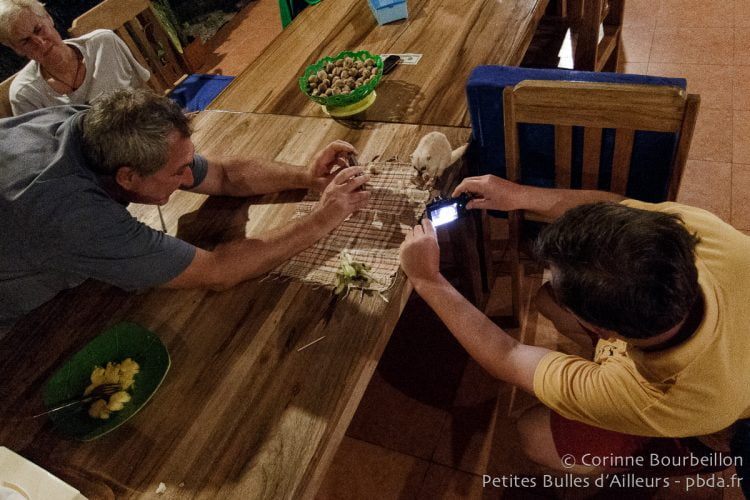 It is really a strange animal. The hair is soft, the little hands clawed, the tail strange... Long, without hair at the end, pink, it rolls up and allows the animal to cling to the branches of trees. 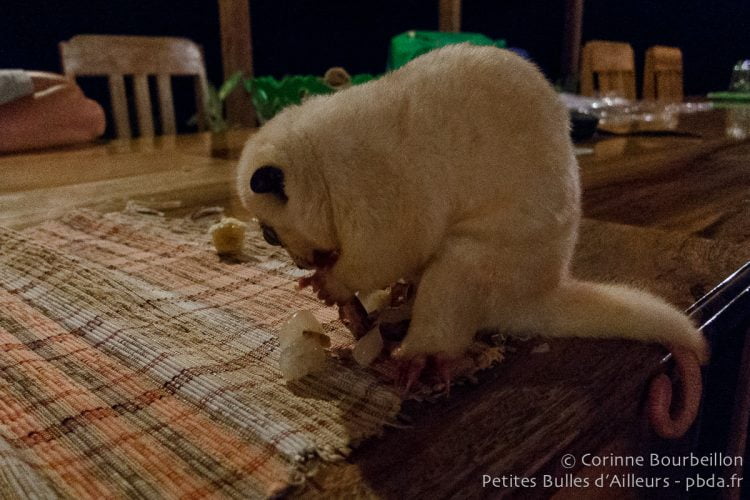 We offer fruit to the little cuscus, which gradually gets bolder, and ends up parading on the table once it is full... 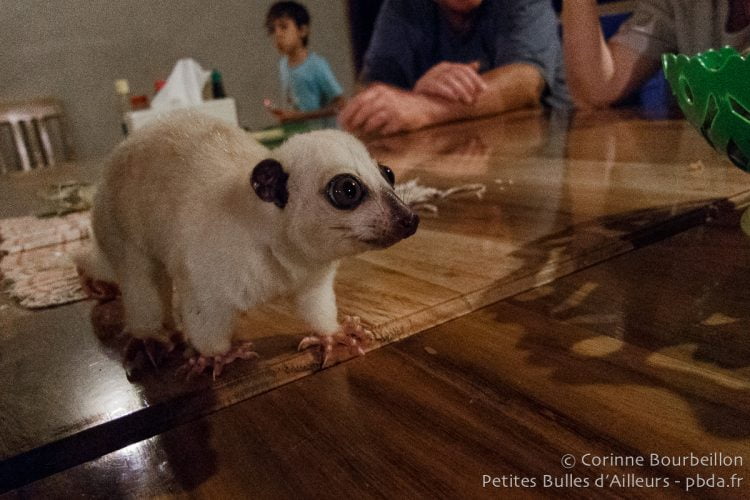 I admit, I too can be moved by baby seals and I love Shrek's cat. But the baby cuscus, who peels its fruit with delicacy, watching me from the corner of its eye, has a much greater effect on me! 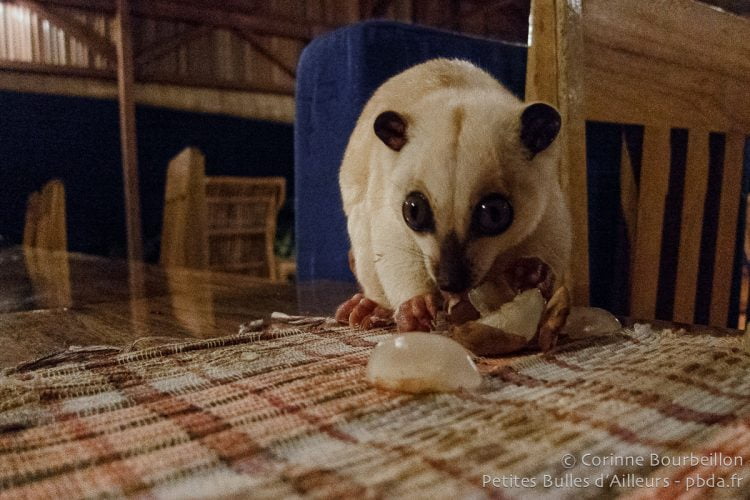